Welcome to the Old Tallinn! 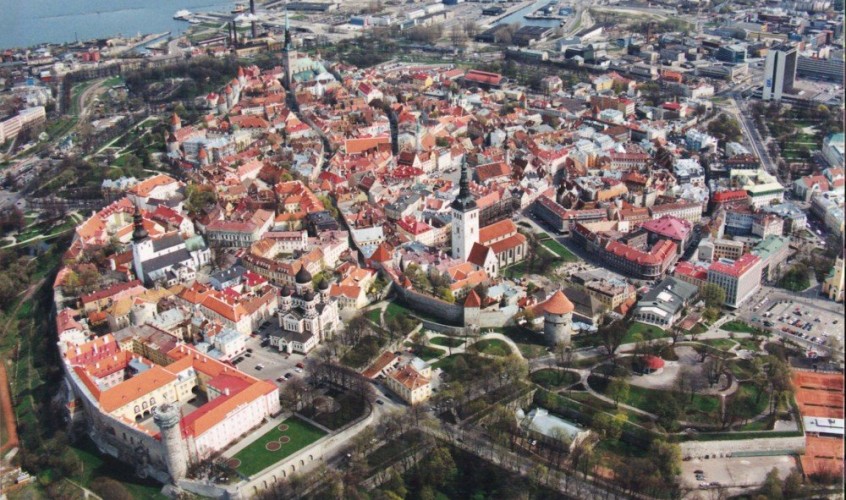 The most famous place with which Tallinn is associated is its heart - the Old Town!! A variety of winding streets, cobblestone streets, cast street lights, fortress walls and towers, Gothic spiers and medieval markets, cappuccino and free wi-fi are all in the famous Old Town of Tallinn!!

The historical center was built in the XIII-XVI centuries, when the Reval (so-called Tallinn in those days) was a rapidly developing city of the Hanseatic Trade Union. This area, surrounded by a fortified wall, with its grandiose temples, houses with pointed roofs and hidden courtyards still remains the center of tourist attraction. During numerous wars for the right to possess this city, walls and bulk ramparts - bastions were built, which were interconnected by underground passages! Numerous secret passages in the earthen fortifications of Tallinn were built simultaneously with the bastions in the 17th - 18th centuries. Presumably, their laying was taken already in the 30th of the seventeenth century.

Underground moves were intended for the secret transfer of soldiers, ammunition and other equipment. They were also used for reconnaissance purposes - to monitor the mines from the enemy side. In the XVIII century, the moves were partially used for warehouses, and in 1857 earthworks were removed from the list of military facilities. Later, on the site of the Ingermanland and Swedish bastions, parks were destroyed. Closer to our time, underground passages served as a cover for anti-aircraft guns, as well as sculptures of the Art Fund. Individual moves were always known. Those that under the slopes of Harju and Linda, where the tour of the tunnels now begins, were almost never used, and during World War II they were converted to bomb shelters. During the Soviet era, the shelters were improved by ventilation, electricity, water and communications. Now about 700 meters of underground tunnels have been restored, which are open for visiting!

In Tallinn, about 1.9 km of the city wall and 20 defensive towers were preserved. This is one of the best preserved medieval fortifications in Europe. With its modern charm, the Old Town owes much to the system of surrounding city walls and towers. To get to know the fortress wall, go to the three towers in the north-western part of the Old Town. Here you can climb the wall, walk along it and admire the picturesque views of the roofs of the Old City, covered with red tiles. The construction of the fortifications began already in 1265, but the line of the city wall that has survived to this day dates back to the 14th century. In the 16th century - during the heyday of the Hanseatic Tallinn, there were 46 towers, and the total length of the fortress wall was 2.4 km. In height, it reached 14-16 meters and was up to 3 meters thick. Almost half of the towers survived to this day. They surround the Old City, casting images of heroic knights saving beautiful ladies. Some towers have become museums, others are empty, but they can rise up and see the old without any embellishment.

In the numerous buildings of the Old City there are cafes, restaurants, merchant shops, consulates, but the most interesting are the shops of artists, puppeteers, antiquities and confectioneries. From there it is impossible to leave without buying some funny thing for memory. Another of the places of interest is the Town Hall Square. Initially, it served as a market. Here, even one death penalty was carried out (the convict earned a sentence as a result of a quarrel over a scorched omelet). Now - the Town Hall Square remains the center of the Old Town, the venue for concerts, fairs and medieval markets. Each winter - from 1441 - they set up a Christmas tree and open a lively Christmas market. Late in the spring there are Days of the Old Town, a modern version of the medieval carnival, which supports the traditions of antiquity!