English
My Team Info
Tallinn Cup News Tallinn Cup 2019 has started today with a group round! Hundreds of boys constantly migrate from one field to another!!

Tallinn Cup 2019 has started today with a group round! Hundreds of boys constantly migrate from one field to another!! 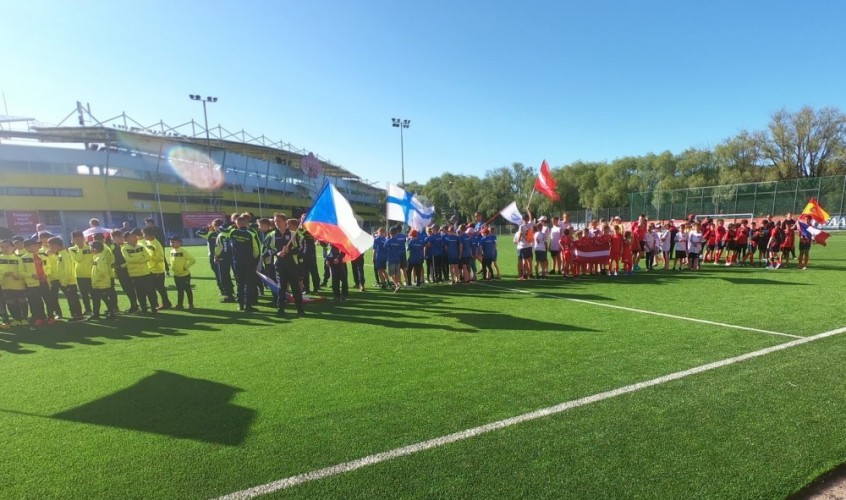 On the eve of the tournament, all teams were met and accommodated in hotels! In the old city in the evening, here and there, you could see the guys in bright club t-shirts. Here is going the guys in red uniform from the French club Vincennois, and the Kazakhstan guys in yellow suits filled a souvenir shop, and these are Spanish guys posing for photographers at the Tallinn airport !!

This morning, games began in the group round of competitions, after which the teams will be divided into two separate tournaments Elite and Simple! The second round of the tournament teams will get depending of the place in the group. All fields of the A Le Coq complex were filled with children, parents, and spectators. The brightest fans supported their children with loud chants, flags and drums!

In the evening, at the Sportland Arena, the grand opening of the tournament took place, at which several prizes were drawn for the audience! And  the guys could participate in contests for the speed of impact and win prizes before the procession!!

Last news
Tallinn Cup 2021!! The youth football tournament Tallinn Cup will be held from 1 to 4 of July 2021! We are promising a grand football festival in Estonia for all participants!!
Tallinn Cup 2020 international football tournament is canceled due to possible consequences of the coronavirus pandemic!
The Government of the Republic of Estonia has decided, to allow events and sporting events with up to 1000 participants from 01 of July
The current cituation in Tallinn with COVID-19
Latest news about the Tallinn Cup 2020! The spread of the coronovirus has affected all countries of all continents...
News